It had just rained. 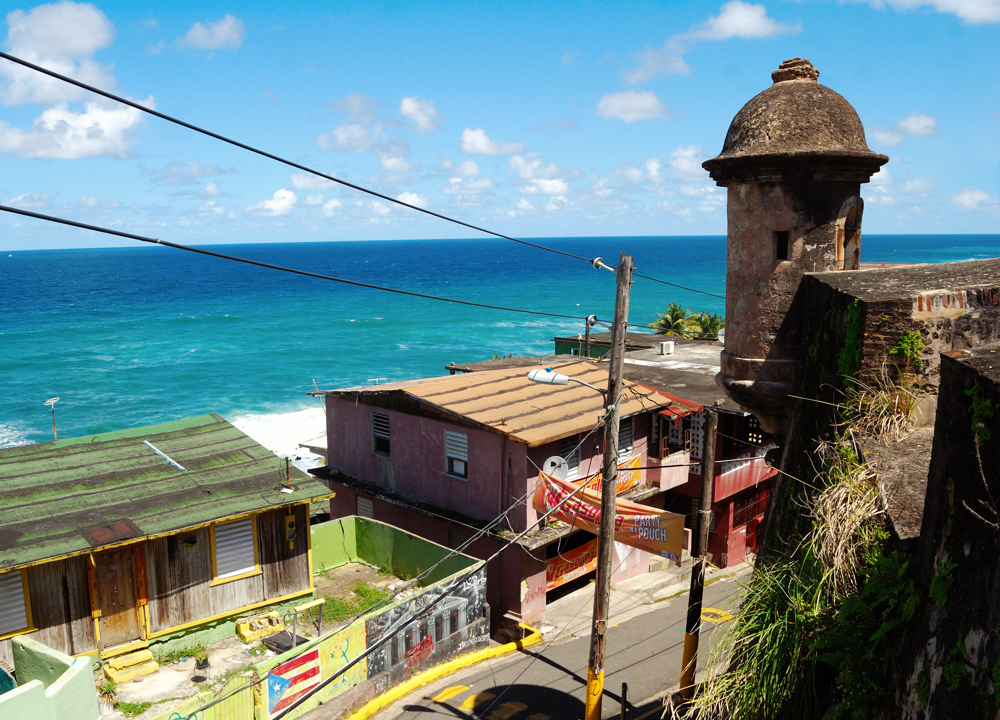 Where is the past, present, and future? The past is the castle which has been there for centuries, the present is the abject poverty in this Old San Juan neighborhood just below, and the future is represented by the ocean which can bring to Puerto Rico whatever opportunities exist going forward. It is amazing to see this line of demarcation where the tourists go to the castle, but would never consider going into the impoverished neighborhoods below. 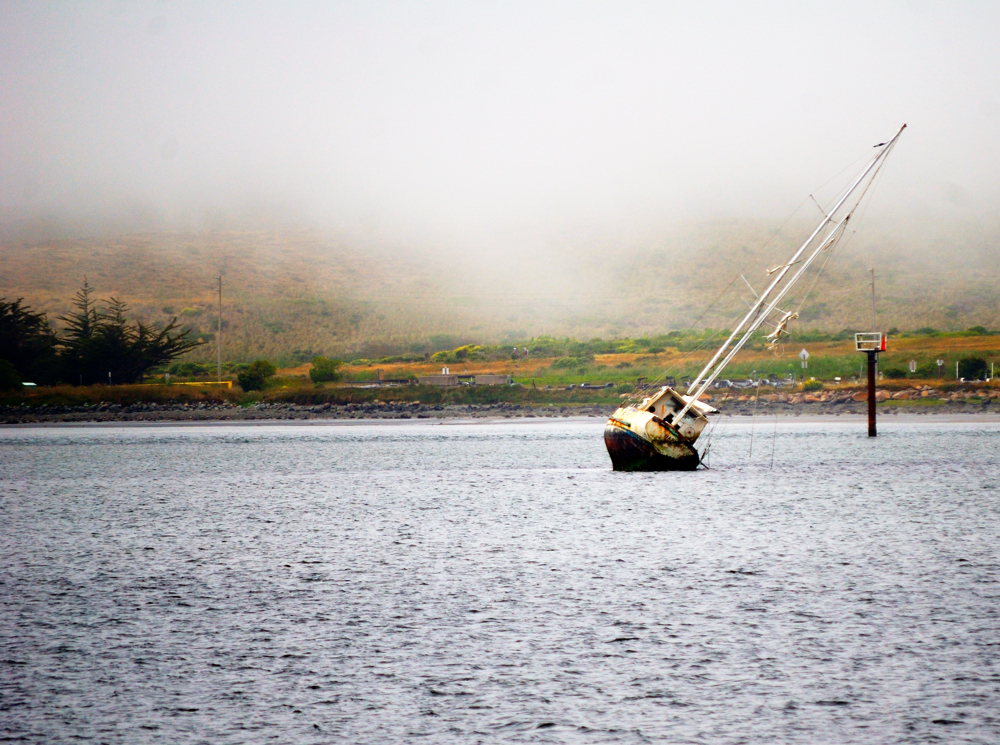 This boat was captured in Bodega Bay on a overcast day. I’m not sure how long it had been there, but it didn’t seem like it was seaworthy. The tide was low, the atmosphere was foggy, and what its purpose was, remained a mystery to me.

This is a view through the turrets at Castello di Amorosa winery in Calistoga. First opening its doors to the public in April 2007, it is the pet project of 4th generation vintner, Dario Sattui, who also owns and operates the V. Sattui Winery named after his great-grandfather who originally established a winery in San Francisco in 1885.

The castle interiors, which include 107 rooms on 8 levels above and below ground, cover approximately 121,000 square feet. Among many other features, it has a moat; a drawbridge; defensive towers; an interior courtyard; a torture chamber; a chapel/church; a knights’ chamber; and a 72 by 30 feet great hall with a 22-foot high coffer ceiling.

This low lake reflection is a reminder of the drought we currently face in California. This is a lake in the Foothills Regional Park in Windsor. It’s at the lowest level I have ever seen it in the years I have been hiking here.

This “rest in peace” moment occurred while I was visiting the Luther Burbank Gold Ridge Experiment Farm in Sebatopol; adjacent to that property, is the aptly named Sebatopol Memorial Lawn Cemetery. Solitude, calmness, and serenity came to mind during this capture. 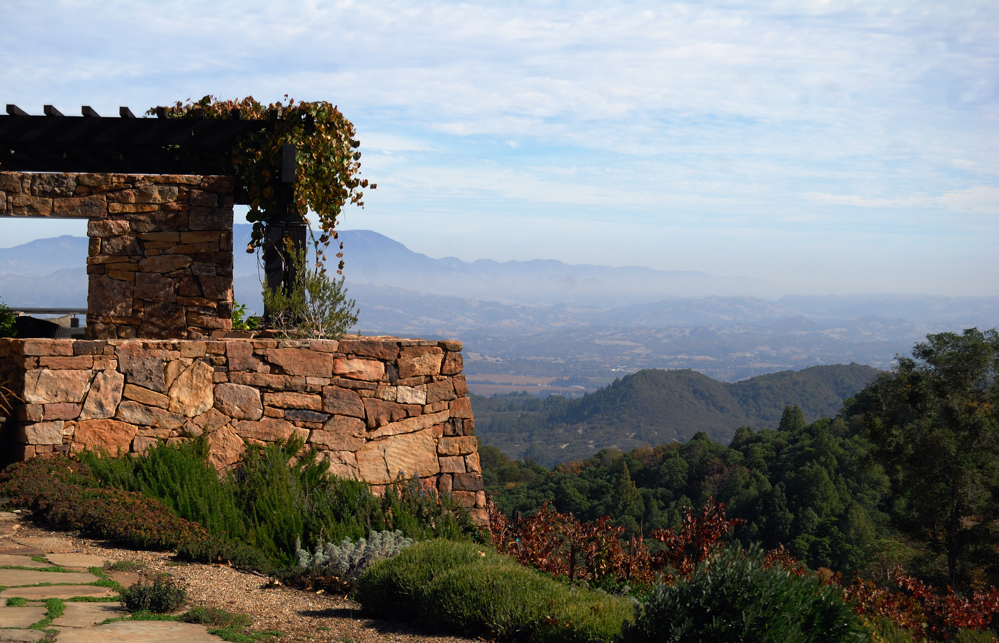 This view of upper Dry Creek Valley is from Gustafson Family Vineyards which is 1800 feet above sea level. They’re actually located on Dry Creek Mountain with a great view of the valley and Lake Sonoma.