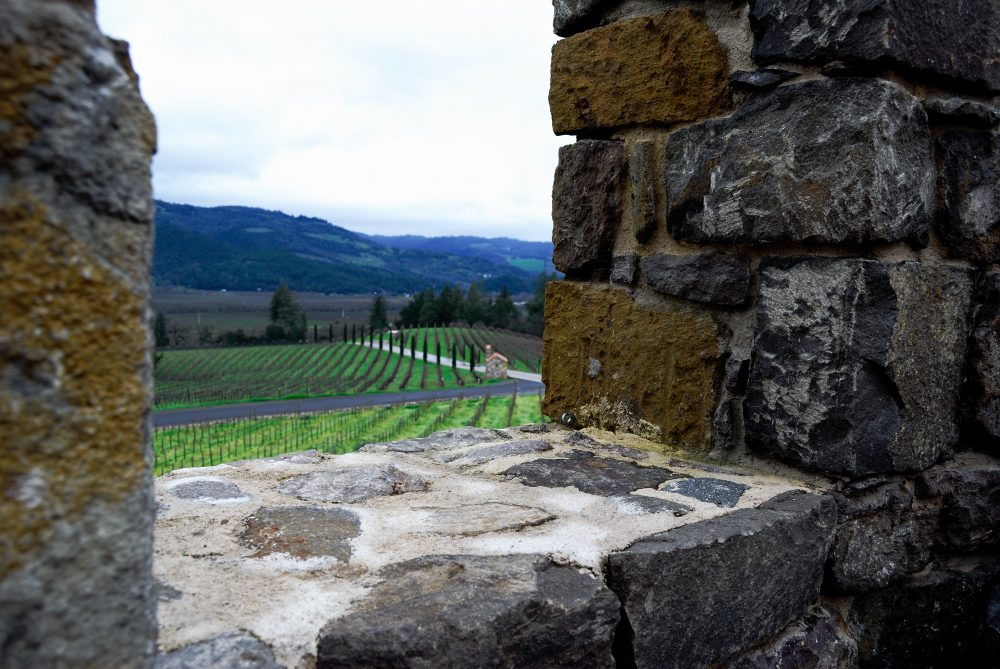 This is a view through the turrets at Castello di Amorosa winery in Calistoga. First opening its doors to the public in April 2007, it is the pet project of 4th generation vintner, Dario Sattui, who also owns and operates the V. Sattui Winery named after his great-grandfather who originally established a winery in San Francisco in 1885.

The castle interiors, which include 107 rooms on 8 levels above and below ground, cover approximately 121,000 square feet. Among many other features, it has a moat; a drawbridge; defensive towers; an interior courtyard; a torture chamber; a chapel/church; a knights’ chamber; and a 72 by 30 feet great hall with a 22-foot high coffer ceiling.